The Spirit of Aloha is an attitude of friendly acceptance you feel most anywhere you go in Hawaii.  When we first arrived at the Honolulu airport we were greeted by these 3 native Hawaiian students who presented us with fresh flower lays.  Their smiles and friendly welcoming is infectious.  That gave us our first small taste of The Spirit of Aloha.

The following is a letter written to the Polynesian Cultural Center shared by permission, which exemplifies our experience and the Spirit of Aloha that you feel in this special place.

You don’t know me, but my family and I had a most wonderful visit with you on July 1st of this year. There were seven of us; me, my wife; my 86 year old dad, our daughter and her husband and their two sons (ages 5 and 8)… so four generations on our first visit to Hawaii and the PCC. I am a retired computer engineer, my father is a retired traffic design engineer, my wife and daughter are both nurses and my son in law is a Master Chemist for a large pharmaceutical firm. I tell you this only to show even though are from West Virginia we are not what many consider to be that regions prototypical hillbillies.

We visited you using your Super Ambassador ticket and had an absolutely wonderful and most enjoyable visit. I could ramble on for hours regaling you into near comatose states with glowing descriptives of our experience and all the fun we had… but, even though it’s true, I’m sure you’ve heard all that hyperbole before so I won’t bore you with it again for the umpteenth time.

I will however tell you about three remarkable people we had the very good fortune to cross paths with and how they made our good trip into something extraordinary! And I might throw in one of two things that most impressed me and my family.

The first person was Phoebe. She was our escort and guide while we were there and she was an absolute delight. 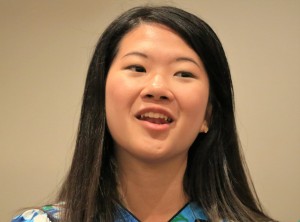 Due to my daughter and wife’s love of shopping we were late checking in and she had to hustle us along to avoid missing more than we had already missed of the canoe parade. Throughout the day she kept us moving, but was so sweet and entertaining we never felt rushed. We were very happy to find she was just a regular person with her own feelings and genuine thoughts and cares about us and our visit. In other words, she was not some glossy stuffed shirt with an artificial smile saying the spiel she’d been taught by some bean counter. We found she was a student at your nearby university with all the angst and stress of any other student and, surprisingly, she was from China. She had a remarkable life story and our one regret was we did not have more time to get to know her. She was a genuine person and freely shared her thoughts and opinions about the various exhibits and shows. Throughout our visit she explained everything and showed us the things that we were most eager to see and got us where we needed to be on time and with a minimum of fuss all while being herself and truly caring about us and our experience. Thank you for having such special people there to help and care for your guests. 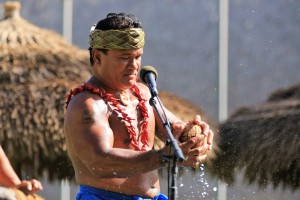 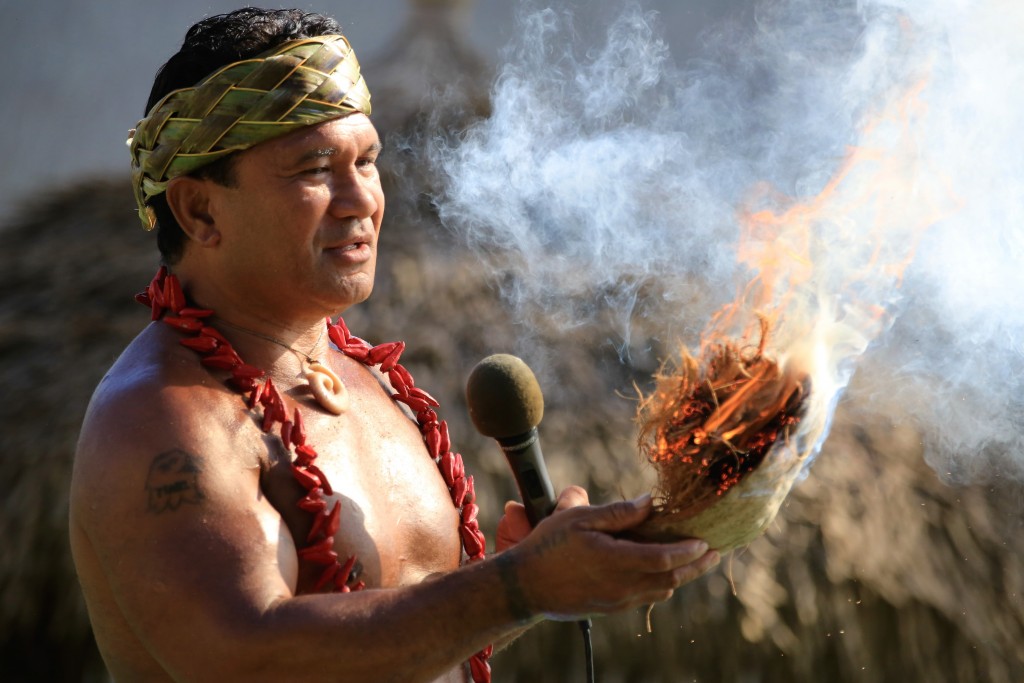 Next was a show host from Samoa named Kap. As we sat through the beginnings of the show I thought him to be a bit of a clown and a mere caricature of a native Samoan. However, it took only a few moments of observation to realize this was a performance meant to lightheartedly entertain while still educating us on daily life and the customs of the Samoan people. My family, and especially my grandsons, were enthralled by his fire-starting and coconut husking skills. I sat amazed that in just a few short minutes he had shared at least a few important aspects of his native island’s culture; coconut tree climbing to harvest the nuts, cooking habits, dancing, and coconut harvesting/preparation and fire-starting. In just a few moments I had done a 180 degree about face regarding him and had to marvel at what he taught and shared about his culture all while maintaining a comic persona to keep the kids entertained. (This old kid enjoyed it too!) I had the great pleasure to meet and speak with him several times afterwards and found him to be friendly, genuinely warm and caring, and a very talented and intelligent person. I was surprised to find this showman was also an accomplished artist.

The last person was perhaps the most influential person we met. He was one of the lead players in your production of Ha Breath of Life! Sadly, we never learned his last name, but his first name was Jonathan. 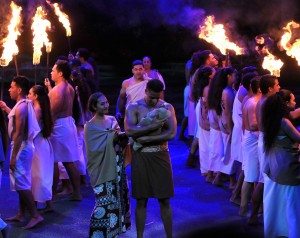 Attending on Super Ambassador tickets we had literally front row seats and after the show were fortunate enough to get photos with many of the stars of this most wonderful production. Four or five of the actors showed genuine interest in the audience and their new fans. My grandsons were in awe of Jonathan and several of the other the actors for their fire dancing and fire-sword handling and the fight scenes and were bubbling with questions. (The fire dancing was very impressive and while I know the fight scenes were carefully choreographed and only intended to be symbolic of war, they are the stuff of dreams for a 5 and 8 year old.) Jonathan, the young man who played the final leading man, was most patient with them and assured them while the fire dancing was very dangerous, and not to try it at home, he and the other dancers were very well trained and were quite safe and no one was injured. He also explained the skill it takes to handle the fire swords and the months of training he got that insured neither he or any of the other cast members were hurt. He was genuinely interested in us, where we were from, how we came to be in Hawaii, what we had seen and what we hoped to see. He was interested in us. He told us about himself, his studies, and his beliefs. And most importantly to this grandfather, he selflessly spent time with us. C’mon now… He’s the star and we’re just folks from West Virginia. But, he spent time with us and was really interested in us and freely shared himself and his experiences with us. We stood and talked with him until the lights were turned out on us. Only then did we realize how late it had gotten. To his credit, his first thought was could we see to get out of the theater safely and he was graciously leading us to the exit when the lights came back on. I want to commend you for having young people like Jonathan at the Polynesian Cultural Center. He is a wonderful young man and he, to us, is a shining example of God’s word: Love your neighbor as yourself.

Phoebe, Kap, and Jonathan are credits to themselves, you, and their openly shared faith in God. Were I there I would offer them a hug of appreciation, but since I am many thousands of miles away will you please offer these fine young people my heartfelt regard and congratulations on a job well done.

There was one other thought I wanted to share… Our tickets gave us a behind the scenes tour, which was very informative and enjoyable. We were given the rare privilege of seeing the cast of the show as people in their everyday apparel and not the costumes that transformed them into the characters we grew to love and relate to during your show. While on our backstage tour we were there during the casts final meeting in preparation for the show and were honored and filled with joy to find your cast involved in a cast led prayer for their success and God’s guidance during the performance. My family and I are devout Christians. And I was thrilled to see your cast in prayer. Yes, I know a Christian church owns and operates this wonderful slice of Polynesia. But in this day of denial and hidden beliefs my family was thrilled to see your faith in action openly and unashamedly.  (See a video we took of their devotional here.)

Thank you for a wonderful experience. May God bless you richly. And until we see you again, Aloha.  Tracy G Reagan (and wife Debbie, Dad Glenn, Daughter and son-in law Karri and Ryan Hayhurst, and our two grandsons, Tucker and Tyler)

The following video is a small glimpse into the amazing experience we had, the Reagan family had and what you too can experience at the Polynesian Cultural Center.

One lucky Sugardoodle follower will win a trip for 4 to Hawaii.  Enter now here!

This easy object lesson teaches about the blessings of baptism and how we can renew our covenants through repentance and the sacrament. As a bonus, the supplies you use double as an inexpensive gift for the baptism kids.

Check out the video below to find out how to use this cotton-candy object lesson in your next baptism talk, FHE lesson or primary class.

Find more LDS teaching tips and printables on the Sugardoodle Blog and my site MeckMom.com. 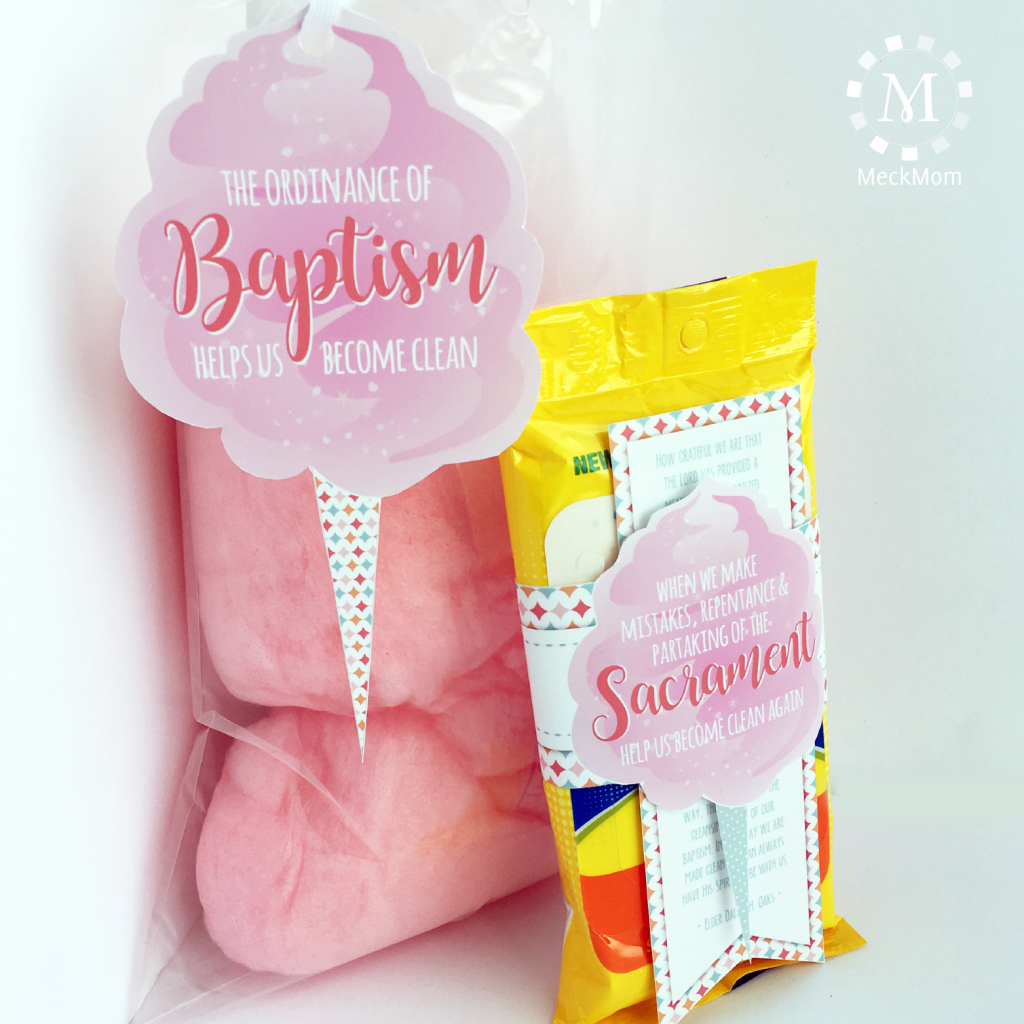 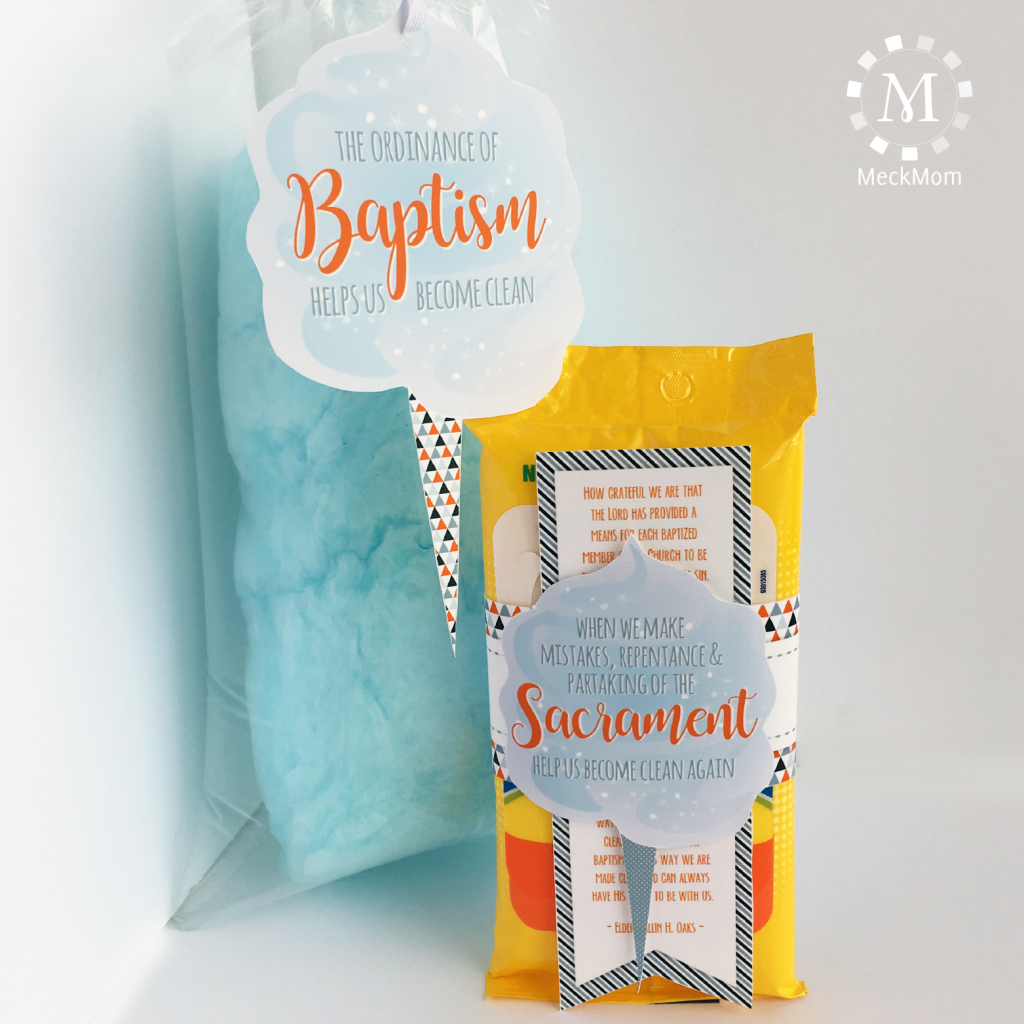